I came up with the title “Salvadoran Gringo” on a whim, after mulling over the options for several days. As usually happens, I get excited about something, share it with a bunch of people for their feedback, get negative feedback, and then ignore what everyone else said and do what I wanted anyway 😛 Well, that is only partially true; I do consider others’ input carefully.

One suggestion came from one of Pilar’s cousins. Well, technically she’s a third cousin once-removed of Pilar’s ex-husband, but we’ll call her a cousin from here on out. This fine Peruvian lady suggested that calling it Salvadoran Gringo would be narrow and possibly not appeal to a wide audience. She suggested as an alternative something along the lines of “Latin Gringo.” 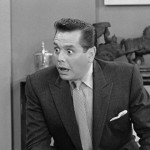 I thought about what she had to say, and ultimately decided against it for the following reason. When the average American hears the word “Latin” or “Latino,” he thinks of a strange amalgamation of Ricky Ricardo, César Chávez, a well-toned man of questionable sexuality living in Miami, and Juan Valdez. Perhaps some Mariachi band and tacos come to mind as well. The “sophisticated” American might even draw a connection to Zumba…but that’s a stretch. The thing is, Central Americans do not act like Mexicans, Cubans, or Puerto Ricans. 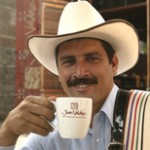 Just like someone from the Ozarks is different than someone born and bred in New York City (remember that 1980s commerical, about salsa made in New York City? Yeah, no thanks, said the cowboys…), Salvadorans and other Central Americans speak a different dialect of Spanish, have a different cuisine, and a different pattern of life. Naturally, there are some common characteristics of all Latin Americans, which is why they are grouped together, just as there are common traits of Americans from Maine to Florida (one of which is a love for going to Wal-Mart in trashy clothing). However, our life resembles little of Ricky Ricardo or Miami life, so I don’t want to get pegged into that category. 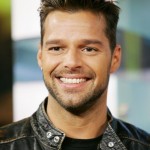 And Haven’t We All Had Enough of This??

Finally, it seems like things Latin are getting played out, mostly due to media overexposure and exploitation. As such, I want to focus on what we actually are: a blended American-Salvadoran family with strong Peruvian accents. SalvadoranGringoWithStrongPeruvianAccents seemed like a long title for a blog, so SalvadoranGringo.com is what I went with. I hope that by focusing on something that is authentic and real, we will reach out to others interested in the same, instead of trying to create a vague, stereotyped identity that doesn’t fit right in order to be more appealing to the masses.

Are you a Hispanic American that has been stereotyped in some way by virtue of how the media portrays Hispanics? If so, sound off in the comments section! If you’re a Salvadoran or other Central American, feel free to share some of your experiences and how you see yourself as distinct from other Hispanic nationalities. Finally, are you a Caucasian, African, or Asian American who has a question about some aspect of Central American culture and cuisine? I’d love to hear from you in the comments section below!

Hat tip to Deacon Joseph Suaiden for reminding me of the Juan Valdez and César Chávez references.